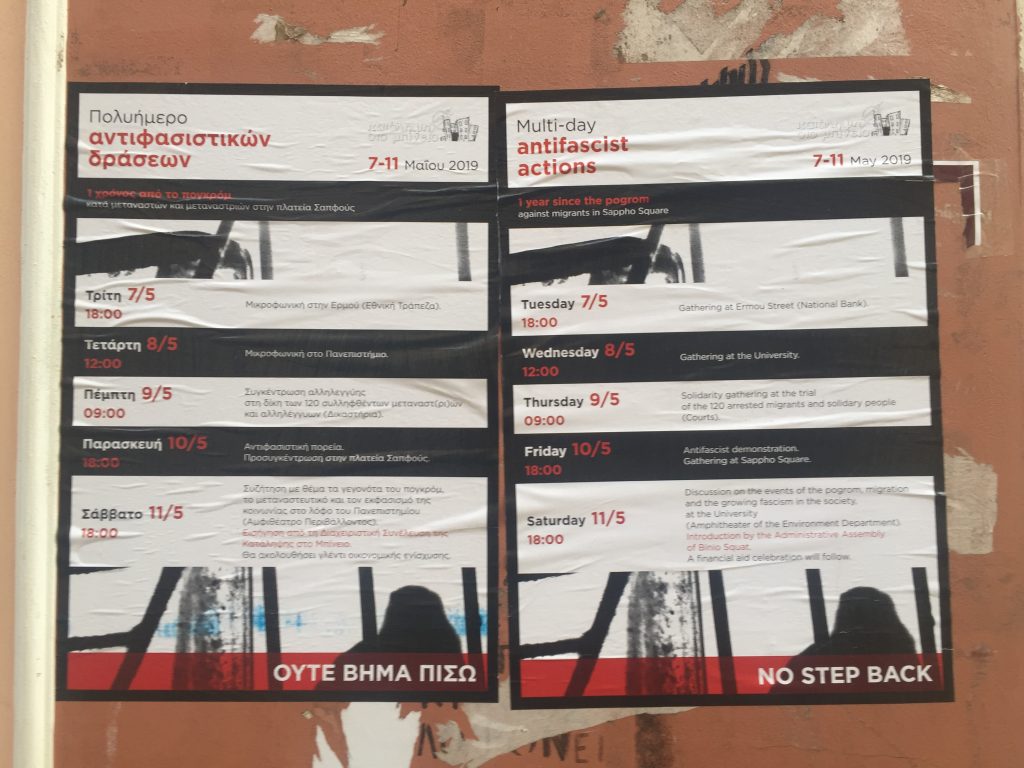 Today we are relieved to report the acquittal of 122 people on trial after the fascist attacks of 23rd April 2018. As the criminalisation of protest on Lesvos continues, this is a moment of respite.

The night of the attacks stands in our memories as an example of extreme hatred and violence against peaceful protestors. Stones and firecrackers were thrown at a group of Moria’s residents who had settled in the square to demand better living conditions and freedom of movement. After 8 hours of these attacks, 122 protestors were arrested, 12 of them children, for false, trumped up charges including illegal occupation of public property and revolt with physical force.

These people should never have been arrested and charged. The right to protest belongs to all of us. We celebrate that this particular weight has been lifted from the shoulders of those accused, and we continue to fight for more than the bare minimum. 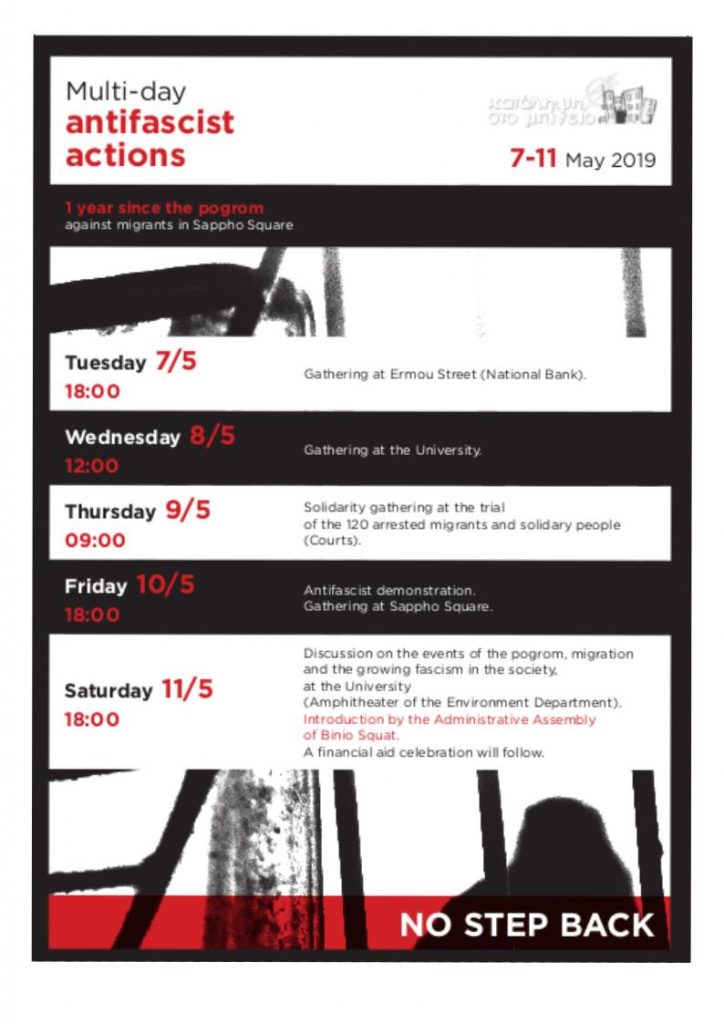