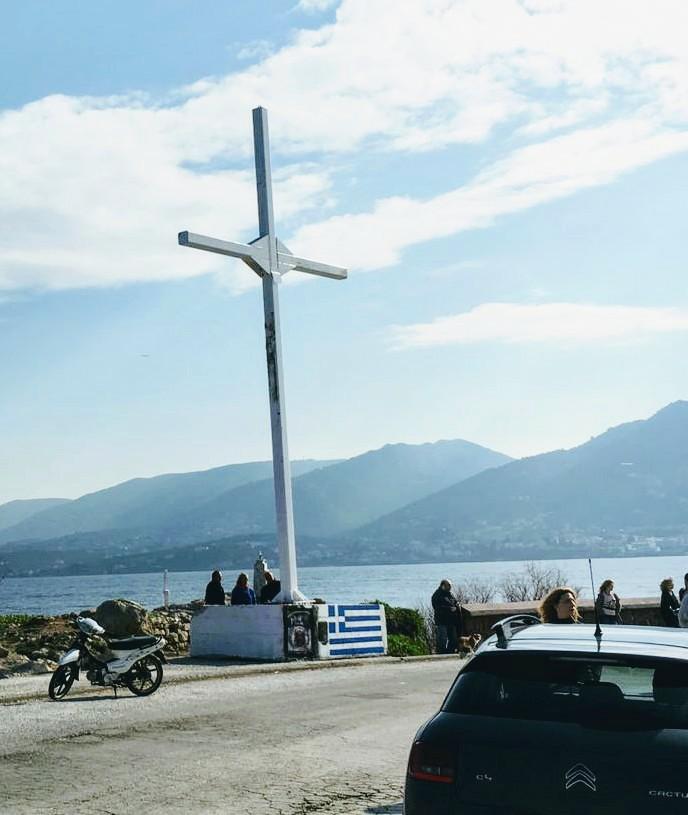 History is written on Lesvos. In the past year, it was a story of violence, fire and imprisonment. For those who wish to exist everything became more difficult, even more so then it ever was. We have to speak no more about Moria 2.0, as it is now well known that the camp is worse in every concievable way. The fire that consumed Moria 1.0 was not a fire of cleansing or liberation, but more an indication of the darker even more oppressive times to come. And not only on Lesvos, or even Greece in general. The fire that burnt down Lipa Camp in Bosnia shows local authorities and goverment’s just as unwilling to act in a humane way as the Greek authorities a few months ago. This, and the fires that destroyed a significant amount of Vathy camp on Samos wil not be the last. If we don’t act, it will never stop. It will only get worse. Small step by small step, the EU will move the goalposts in a darker and even dystopian direction.

With the presentation of the new Migration pact a new turning point has been reached. This year will see the construction and maybe also the eventual use of the new, closed camp. While it’s obviously an escalation of the previous situation, it is very rapidly becoming the “new normal”. Across more countries in the EU people are being put in closed camps. And then there of course places like the Australian prison Islands and the camps on the US-Mexican border. If we don’t act now, in five years this will be the norm without question. The pact promises to enact the whole might of the cross-country surveilleance state in order to make sure Fortress Europe stays impenetrable, and thousands of people will not find safety from war,poverty, diginity or self determination.
This year there where hundreds of documented pushbacks in the Aegean. Multiple ministers of the current goverment passed by throughout the year to congradulate the officers of the Coastguard with the very good job they where doing, keeping the borders of Greece and the EU safe. Safe, ofcourse from the migrant invaders send from turkey. All of this while denying pushbacks where happening at al in a grand Trumpian fashion. This narrative and the empowerment that the current goverment provides through spreading such claims was one of the main instigating factors behind the violence this year. There is nothing indicating that this will change in 2021. The new interior minister of Greece, a post that also presides over intergration of migrants that received asylum, is a long time extreme-right activist with connections to the leader of the military dictatorship that ended in 1975. (1)

A legacy of administrative detention, bad food and neglegence. structural racism and neo-colonial mentalities is being made by Greece in agreement with the EU. History has seen such times before, but just looking into the past to see a possible future is not enough. We know what this situation will not change without any substancial structural upheaval, and merely writing about the current situation has also proven to be ineffective. The why do it? Not only to inform about the situation or provide a extreme left perspecitve. We seek to inspire emotions, be it anger or empathy, in the hope that more people will be moved enough to act. What is an act? This is not an easy thing to define. For years, solidarity campaigns have run throughout europe, yet the situation on the border is worse then it was five years ago. Papers, thesis, newspaper articles and pamlfets have been written, but have had limited practical effect. The people that decide over the lives and deaths of the thousands of people stuck, killed or abused by the walls of Fortress Europe don’t give a fuck. It’s becoming more and more clear that parlimentary politics are rotten to the core. But day by day, laws and policies get passed that benefit the upper class elites without consequences whilst the lower classes, minorities and migrants suffer at the hands of nation-states worldwide. Let’s make 2021 the year of consequences. Let’s act.