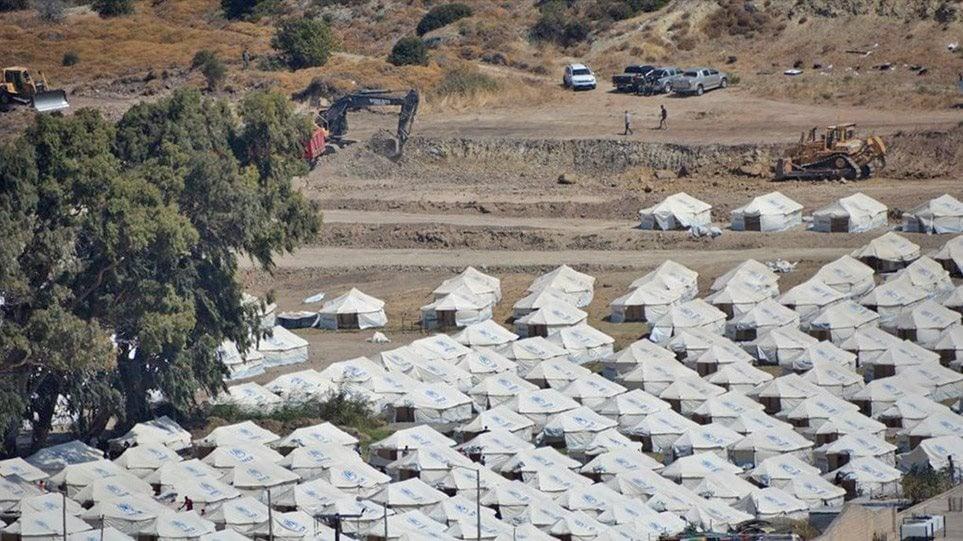 The cold has come. Winter is beginning to settle on the Island, and with the new camp it has the potential to be one of the worst. New lockdown restrictions have been announced, and the camp will be locked down. This whilst the covid-19 quarantine area is a joke and there is no 24 hour medical service in the camp. It is a repeat of April, where we spend many words on writing about the cruel situation where a well known inhuman disaster of a camp was unfit for measeures that govemerments worldwide demanded to curb the pandememic. But it’s November now, and that camp is gone. The new one was build in the middle of the pandemic, and it therefore would have been reasonable to expect that this location would be somehow build with this in mind. They must know, that keeping people in conditions like these would put them at higher risk of dying from covid-19. But, like many other things, they don’t care.

The combination of strong winds, cold and rain has will be devasting for the inhabitans of Moria 2.0. But nothing seems to be done about it. It seems the people will be left on their own devices by the politicians,cops and society that forced them to stay there in the first place. Last week, there was also the first fire. No one was injured, and the fire was quickly put out, but it will not be the last. The lack of winter preperations by the relevant authorities will mean that people will have to find ways to warm themselves, often by making fire with whatever is around, creating a bigger risk for more fires. 750 people are allowed to leave the camp, so people have to cue up for hours, and with curfew at 20:00, sometimes only for a few hours. And there are still no showers, people are washing themselves in the sea. Imagine this in winter.

The global media once again turning away from Lesvos, Kos, Samos and the rest of the camps in the Agean or on the mainland proves that interest in this topic is sensational. When there is no sensation, there is no urgent media to speak of. The coming winter for the people in the camp in these appaling conditions is not a topic, while it again concerns preventable suffering and death.
The camp being closed to press is a strategic move on the part of the authorities. Because how can mainstream media outlets report on the conditions without pictures of people of colour behind fences or non-white kids playing in the mud of the flooded camp? The idea that a situation like the one here and in other places has to be “newsworthy” in order to report plays right into the hands of the authorities. They know, they can get away with many,many different smaller things as long as it is implemented slow and there is no large unrest. Who knows what they will try now the world is once again not looking, and not seeing the everyday sruggle for survival of human beings at the hands of the greek and european asylum system.

The US election shows us relying on “decent people” (the left) to do the “right thing” (vote left) at the right time (election day) to stop institutional racism, classism and sexism is not going to work. Win or lose, more people voted for Trump after four years of having him in office. The election of people and parties like Trump, Orban, the PiS and others is not a anomaly, it is part of the new normal. Their idea’s are supported by large groups of people that will exist whether their parties are in goverment or not. These people are creating and maintaining a society that is activly becoming more racist and exclusionary, and this is one of the reasons why places like Moria 2.0 exist and will keep existing.

Let’s make Moria 2.0 and all places like it a shameful part of our history, not the future.