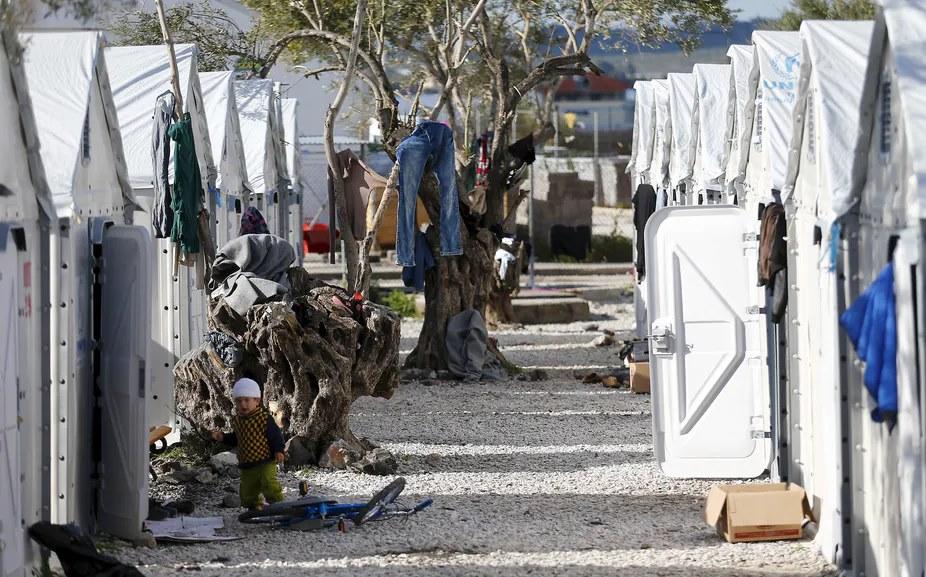 Inexcuseable. Winter is coming and there are no indications that there are any plans to prepare the camp for the harsh coming season.
Worse then that, the authorities have made it clear that this “temporary facility” will continue to be used until spring 2021. From the Ashes of Moria, and even more sinister and dehumanizing place has arisen Arisen to swallow more human beings whole in the EU-created void that we refer to as Moria 2.0. For the greek state and the european union, it must certainly seem like an improvement. Still, no water connection, decent food distribution or adequate medical care. Still, no proper isolation facility for covid-19 isolation. The camp is still closed every sunday because “the shops are closed”, and apperantly this also goes for holiday’s. A much more likely reason is that sunday’s, like holiday’s are family time, and that the goverment would rather not have non-white people interfering with that. As the media exposure from the fire dies out, the general apathy increases. Before winter, there will be rain. By now, it is clear that every time there is heavy rainfall, large portions of the camp will flood over and over again. The aspirations of the eu and the greek state to use the camp and its inhabitens as a detterent for any who dares to risk their life and safety to come to europe truly deserves it’s 2.0 mark.

Prisons and imprisonment are bad enough as an idea and practicality on their own. But these camps are truly a monolith of inhumanity. On Lesvos, but also on Chios, Samos and in Serbia. The ICE facilities in the United States, with the recent reports on forced sterilisation. The detention centres spread around Northern europe, where people are being held awaiting new dirty deals to be made so people can be deported back to active warzones. All sympthoms of a vile and cynical campaign from those who benefit from the political system to opress and control. Daily stories of confirmed violent pushbacks both on sea and on land give us an impression of the amount of violence used to achieve the sheer amount of hatred needed to condition uniforms with an all to familiar excuse that will undoubtely be used: They where just following orders. As the future seems more and more bleak, this old excuse will see new life. It will be used to justify cruel inhumane acts on a global scale, that are happening right now. Right now, as our worst nightmares are becoming reality. The question becomes: who cares? Do you? If so,