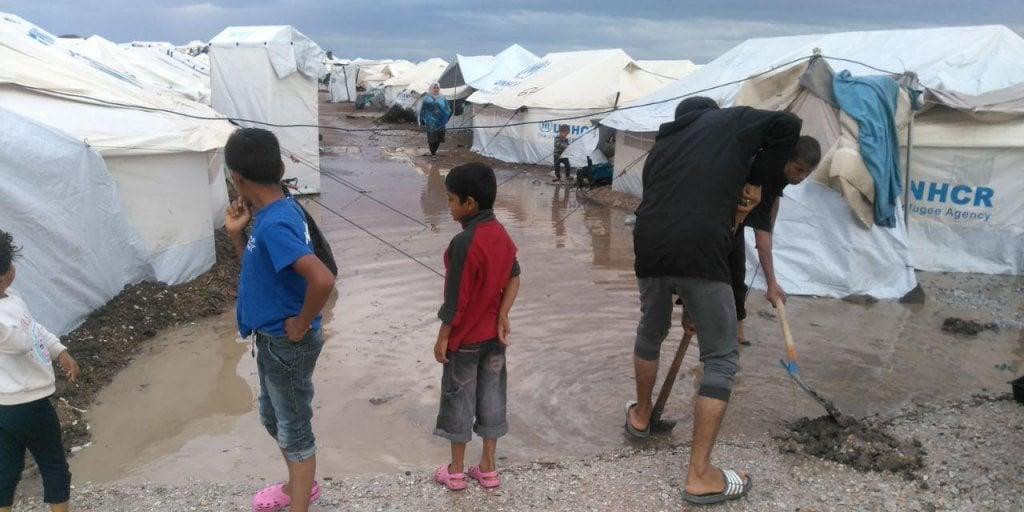 Rain season is coming again. Moria 1.0 was already full of mud and flooded tents after rainfall, Moria 2.0 is even worse. The inhabitans desperatly trying to dig ditches, to make sure the camp doesn’t become part of the sea, but it’s build on a spot that is without any protection from the elements. With winter fast approaching, there are still no complete tents, showers or any of the other facilities proudly proclaimed by the greek authorities when intially constructed. It is apperent that the only thing they cared about was building another prison where people can be left to rot. Left to rot, without access to adequate healthcare or food or diginity.

The power and competence of the greek state was also on display with the supposed eviction of Pikpa. This was indefinetly postponed, because apperently the public prosecutor had not realised that Pikpa also housed some unaccompanied minors. These where UNHCR referrals, so how could they not know? And why postpone it? The answer is easy. In Greece unaccompanied minors are under the protection of the public prosecutor. And when he is personally responsable, how could he put people in this new prison? What if the greek goverment, or any goverment for that matter, would feel so responsable for the people that they care for? We will never know, because all the public discourse around migrants has been overtaken by the far and extrem right. Our goverments are deliberatly keeping people in prisons. They are deliberatly generalising ever migrant as a “refugee”, so they can keep them in “Detention Centres”. Along the Aeagean, in the direction of the Central Med, they will build new closed facilities. Together with europe, money will flow over the backs of people suffering every single day as “compensation” to host states in new schemes being thought out as we are writing this. Plans are being made to close the borders even more to “combat smuggeling”. Every concession to populism takes more of the public space in their favour. All the words spoken or written by the european union with regards to dignity, self determination and supposed human rights, are just that, words. Europe lies, to benefit career politicians and corperations that use the suffering of thousands to make money and keep white supremacy in place.

Most likely, conservative far right and extreme right think tanks, parties and organisations will create a privatised prison system, for people fleeing from western neo-colonial engineered wars and poverty. Our worst nightmares from fifteen years ago are already coming true, with Moria 2.0 being surveilled by drones and undercover cops in addition to the fences and police checks on the way in. How long will we stand and watch? How long will we let europe and it’s goverments dicate the terms and circumstances in this struggle?