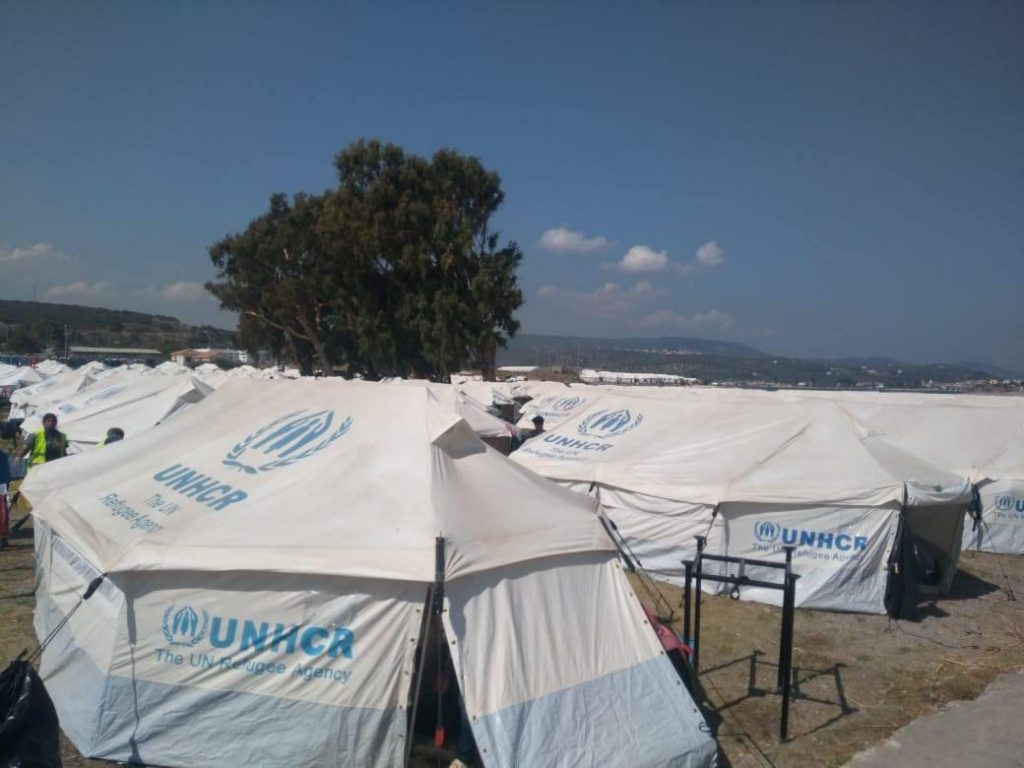 The authorities have been very busy the last week to keep transferring to the mainland in light with their program to “clean the island” by the end of the year. If the first three quaters of the year are anything to go by, nothing about this whole situation bodes well. If anything the policies are becoming more and more explicity racist as the greek goverment and europe as a whole are becoming more comfortable with expressing racist and white supremacist sentiments, and incorperating these into their new policy’s, program’s and funding requirements. But then again, europe was never going to provide the solution to this endless suffering, because europe benefits from keeping people out. Recently in talks among the authorities it was again confirmed that to create a feeling of “security” both to the inhabitans and the people living around, to create a closed structure. Another Prison. Another prison for people who only come here to seek safety and security. How can we #leavenoonebehind with a closed camp? The mask is coming off, to reveal the ugly wretched face of the true European Values. Already on Kos, the migrants are kept in a prison without acsess to lawyers, medical assistence or basic human support.

“You know Area 51 in America? Well, this is Area 52.” That’s how M. describes the detention centre on Kos. No lawyers. No UNHCR. Detainees have cameras on their phones broken by police upon entry. A black hole within the EU hotspot into which hundreds disappear.”

Meanwhile in Lesvos, the situation in the new camp has not been improving at all in the last month. There is still no running water in the camp, and food is given out once a day. A lot of the times, it’s not eatible and even the people who have stood in line for hours to receive the food will not eat it. People are only allowed to leave between 8 and 8, but to get back in there is a long line. So in fact, people have to get back much earlier to be allowed back into the camp, for everyone that is not inside at 8 pm has to sleep outside. From others, we heard that they thought Moria 1.0 was better even. For sure, covid-19 regulations that are becoming standard in the most parts of the world are again impossible to follow. As the goverment continues to hammer on the point that the new camp is improved, it has in fact not. The conditions are in fact so bad that some of us heard some people express sentiment for old Moria.

No matter how many people get transferred to the mainland it will not change the future that is coming. A future of almost impossible to cross borders, lined with uniformed officers armed with guns,surveillence equipment and prisons. Civilian eyes no longer welcome in the mediterranian or the aegean sea, or any other border region because of extended crimininalisation. The new migration pact cement’s idea’s that come for our worst nightmares 4 years ago, with more dirty deals, more deaths and more suffering inevitable. We cannot rely on demonstrations, politicians and other superstructural constructions. The least we can do is from now on, for those who where still in doubt, refer to so-called “reception centres” as prisons.

VIAL IS A PRISON

VATHY IS A PRISON.

KOS IS A PRISON.

Get Angry. Get Organised