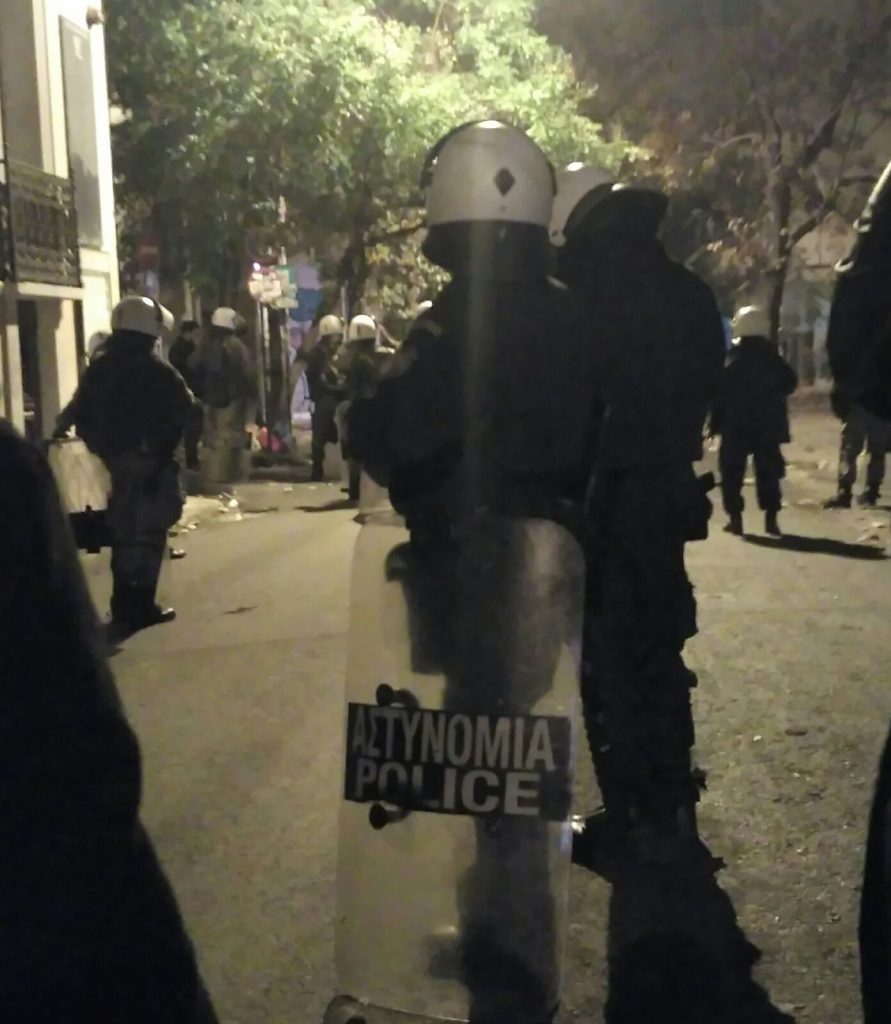 It is not front-page news anymore, but people fleeing their countries continue to arrive in Europe. Too many of them drown in the waters of the Mediterranean Sea. And although their families do not receive our warmth after these human losses, each and every one of these victims hurts us.

Migration towards Europe has been declared illegal by European leaders (not only Europe. All the international organizations have done it: migration is only accepted under strict measures that defend trade, business, capitalism… and not the person as a human). And around it a whole billion dollar business has been created, which is not intended to help these people but to defend the privileges of a few and the pockets of even less.
However we believe: migration is a right and not a business. It is something that has existed since the beginning of history. All people have migrated. Europe’s population has changed continuously over the centuries, contributing to the current diversity. Europe is not homogeneous, but diverse. It’s people are not white, but multi-colored. The same can be said of the other continents because, although in recent centuries they have been subjected to the colonisation imposed on them, before that all continents already received populations from other areas. And we all come from Africa!
Why, then, this criminalisation of migrants? Why, moreover, are they stopping, accusing, and criminalising those who prevent those migrants from dying at sea in their flight to Europe?
We can use all the excuses we want: that they do not fit; that there is no work; that they would be parasites of our social services… Let’s see. To say that on a continent (without counting Russia) of about 6 million km² on which approximately 600 million people live, or 100 people per km², there is no room for 3 million more… is an excuse. To say that there is no work, or that it is taken away from us, when in agriculture alone we lack more than 3 million workers – or in education, or in health; when developing renewable energies would easily create those 3 million jobs; and when we normally make these people work in jobs that we have never wanted for us… it is an excuse. To say that migrants would be parasites of our social services when all the reports that are made tell us that migrants give the national treasuries more than migrants receive from them, and that they generate significant wealth in the countries in which they are established… is an excuse.
Rude, stupid and fascist excuses! And the worst thing is that people say it with conviction (but without thinking about what they are saying), deceived by the same people – businessmen, and politicians – who have emptied or helped to empty the municipal or state coffers for the benefit of their corrupted pockets and the pockets of their friends. Those friends who have their mouths full talking about the excellence of private enterprise and competitiveness, while they only know how to thrive thanks to public contracts, and by crushing their workers with more workload but less pay, stealing their money and their lives under the threat of layoffs or lockouts.

In addition to this stupidity, the power structures are criminalizing those who are defending the lives of these people and their right to asylum on a daily basis and who are helping them to reach Europe safely. We can give a few well-known examples, such as the arrests of Cédric Herrou in France, the trials of Proem-Aid firefighters in Lesbos, Helena Maleno in Morocco or the accusation against the mayor of Riace, Domenico ‘Mimmo’ Lucano.
Let us be clear that they are not being arrested and charged for doing something illegal, as the Special Rapporteur of the Human Rights Council, Agnes Callamard, has stated in her report “Extrajudicial, Summary or Arbitrary Executions” presented to the United Nations General Assembly in August 2018. Solidarity is criminalized because they simply don’t want witnesses to their massacres. They don’t want to be denounced for their trampling of human rights. We are seeing it all over the world: human rights defenders are being persecuted, imprisoned and murdered in many countries.

An alliance has been established between capitalism and fascism, and little by little, this has been installed among us, making caresses and winks that we have accepted until we do not recognize their origin.
To defeat fascism there are only two ways out, which are not exclusive: fighting and education – instead of indoctrination in submission for working life in capitalist companies. But unfortunately what is now booming, is quite the opposite. It is the flat brainwashing that demands total obedience without questioning. It is fascism in its purest essence, because although Hitler lost the war, some of his ideas govern us today: Trump in the USA; Putin in Russia; Orbán in Hungary; Bolsonaro in Brazil. And other governments are not far away. Whether they call themselves conservative, liberal or socialist, they carry out their policies without blinking, negotiating and selling arms to murderers, dismantling health care, privatizing public services, etc., and criminalizing humanitarian aid.

When we were about to publish this text, we received the news of the arrest of the coordinator in Lesbos of Team Humanity, Salam Aldeen.
He was previously arrested for his rescue work, charged with human trafficking and acquitted of all charges in May 2018. Today he is accused of ‘public threat’ for telling the European Parliament about the criminalisation of aid workers in Greece, about the reality of the situation in Lesvos, as well as for entering the Moria camp at night and making video recordings.

NBK demands the Greek government to release Salam Aldeen; and to stop persecuting those who do nothing but help.

Let’s recognize the real enemy and stand up to him!
Let’s not shut up!
Criminalizing aid is also fascism!
No human being is illegal!
Open The Borders!