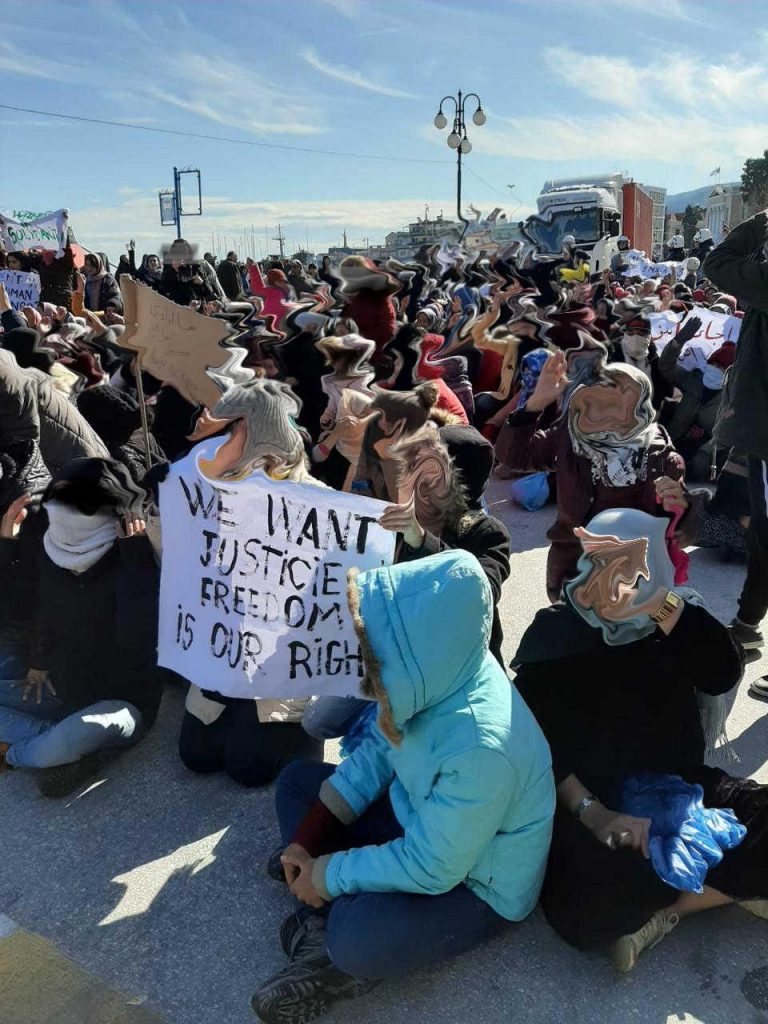 On January 30th 2020, female inhabitants of Lesvos’ populous refugee camps publicly denounced the situation in which they are being forced to live. Despite the morning rain and with it the assumptions that it would weaken attendance, approximately 300 women took to the streets of Mytilene to demonstrate against the cruel treatment they are forced to endure whilst exercising their right to seek international protection as a refugee.
Women of all ages united to cry out for their ‘freedom.’ Such was the word that heralded the demonstration, where the appeal was made in several languages and dialects. With it came an attempt to communicate what life is like in the migrant prisons of Lesvos, the small Greek island and first entry point of Europe for refugees fleeing violence and oppression from their countries of origin.
The banners carried by the women denounced against not only the feeling of what it is like to live in a prison, but also as to being treated as an object seeking shelter, rather than as a fellow human being. They came to Europe to seek European rights and freedoms, but the absence of such was also denounced.
It is not a coincidence that cries were heard and seen in Farsi, English, French, Arabic and Somali; it is a testament to the unity of all the women in the camp.
The overcrowding of the camp in Moria, which has an official capacity of 3,000 people and in which currently resides more than 20,000 (both in and around the premises), demonstrates a lack of infrastructure and services, giving rise to a systematic violation of fundamental rights. The subsequent poor nutritional and hygienic conditions are a major health hazard for every man, woman and child forced to live in its tents and iso boxes.
Added to this is the enormous insecurity in which the new Greek asylum law is creating among refugees, with a further deprivation of the fundamental right to international protection and the increase in the volume of deportations.
The frustration and anger over this situation was shouted out during the protest, blocking Mytilene’s main street for several hours. Arrests were fortunately avoided, however the police removed several European women attending the rally for personal identification. The racist prejudice motivating this action? That the women of the refugee community could not demonstrate and congregate of their own accord, ignorantly naïve of their strength and determination.
The chief of police tried to persuade the women to stop the protest by offering free buses to Moria Camp. Few women could be bought so cheaply. The majority of the women ended the protest with a meal and a reflection of their actions.

All in all, the protest was a great success, birthing the energy and plans for another strong protest, this time assembled alongside the male members of the refugee community.