We are enraged by the events of the last week and the ongoing violence of the European Border Regime towards people on the move.

On January 8th, 2019 the European Border regime, and violent neglect of human life and dignity present in Moria camp on the Greek Island of Lesvos led to the death of Jean Paul, a 24 year old man from Cameroon. The last few weeks have been the coldest ones yet this winter, with temperatures hovering around freezing, high winds, and frequent rain storms. Much of Moria has been experiencing power outages for days, leaving many people without heat and other basic necessities.

Jean Paul had chosen to sleep in the Isobox container house of a friend for the night instead of his usual place in a tent in order to try to escape the cold. In the middle of the night, a friend noticed that his breath had grown irregular, and quickly ran to find medical assistance. Medical personnel turned the friend away, and by the time he returned to the isobox there was little to be done. Those who had tried to help him wound up spending the night in the police station, being questioned and detained without proper translation assistance before finally being released in the morning.

Over a week later, there continues to power outages throughout the camp, and Jean Paul’s death has been blamed on a heart attack. While this is possible, it fails to take into account questions of how a 24-year-old man described as quite healthy by his friends could have possibly passed away from this. It overlooks the impact that prolonged exposure to the cold and the stress of living in Moria can have on human health.

There have also been two major fires in Moria over the course of the last week. While the exact causes are uncertain, these fires were likely caused by people trying to build fires to stay warm during to the power outages, or even the faulty electrical system itself. Rather than taking steps to fix problems with the electricity and prevent future fires, the only real response on the part of the authorities has been to arrest residents of the tents where the fires occurred.

Jean Paul’s death, the electricity problems, and the fires are not isolated events. In the winter of 2016, several other people died from the cold in Moria. Reports on the 2016 death were not published until two years later, and similar delays are likely in this case. Doing so makes it harder to pursue justice, and pushes the problem out of view while waiting for people to move on. For years now, people have decried the unsafe and inhumane conditions in the camp, with clear evidence of human rights abuses occurring and the ongoing ways the asylum system and Fortress Europe has left those on the move in incredibly precarious positions. The fact that power outages still persist over a week after someone passed away from the cold and two fires in the span of a week provides undeniable evidence of the violent neglect of human life and dignity present. The only real response on the part of the authorities has been arrests, further contributing to ongoing criminalization of migration seen throughout Europe and ongoing injustices. 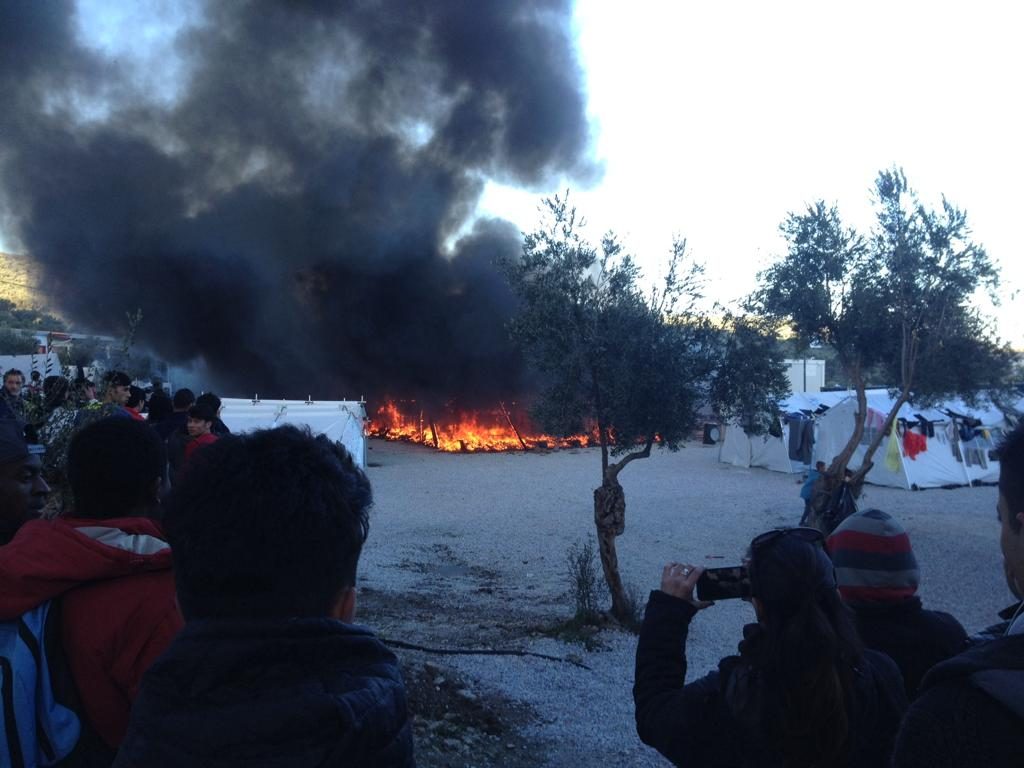