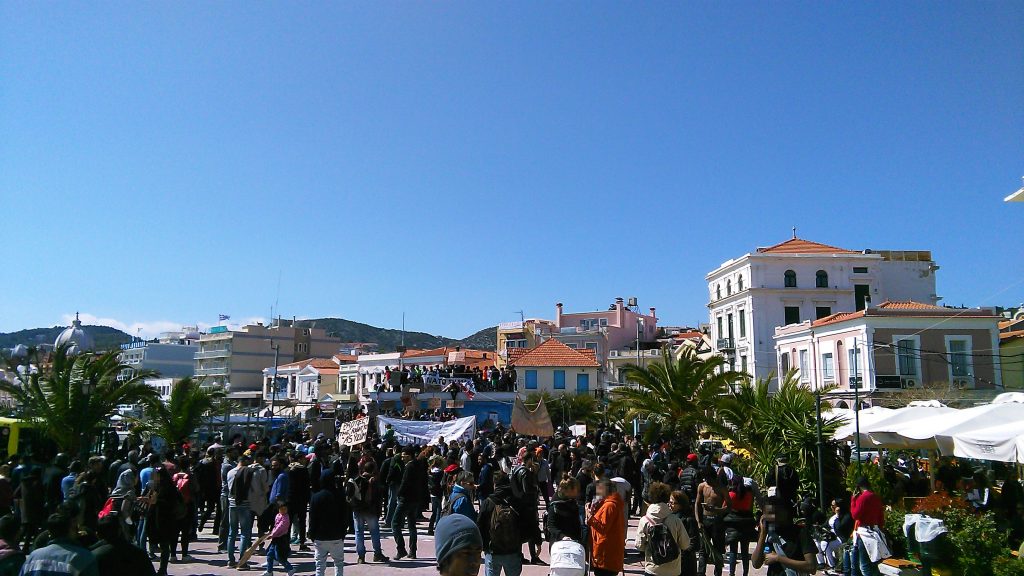 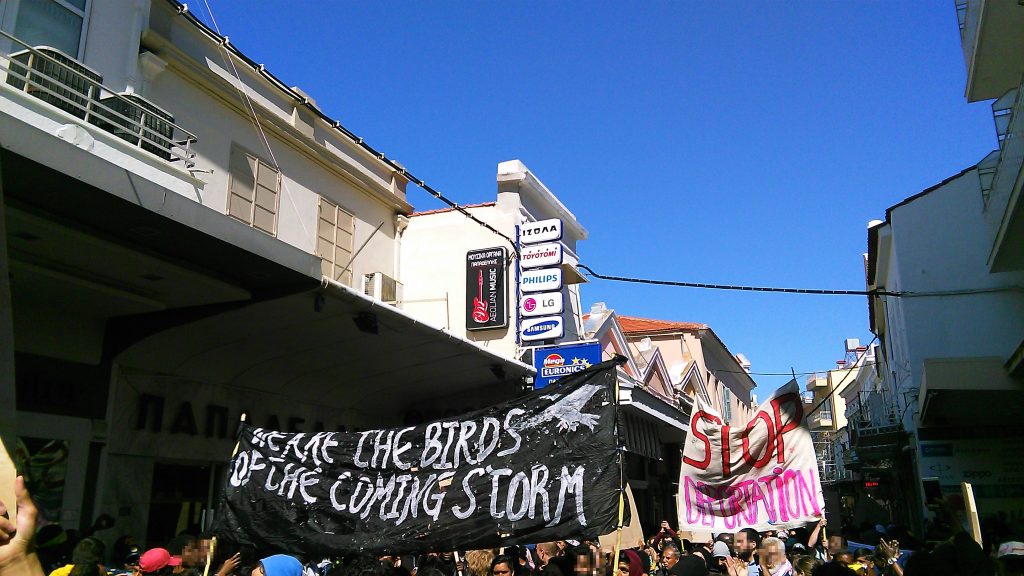 Today we came together with several hundred of people from different countries to demonstrate for freedom of movement and against the EU-Turkey-Deal. The demonstration was organized by an alliance of refugees from Moria and local solidarity initiatives. Today we demonstrated not only on Lesvos but all over Europe and showed our solidarity with each other and everyone struggeling against Europes deadly borders.

One year has passed since the deal came into effect, one year of people suffering its consequences here on Lesvos.

Since the deal Turkey is assumed to be a „safe country“ and people can be and are continously sent back to Turkey instead of getting asylum in Europe. Of course we all know that turkey is not safe at all. In the past we already wrote about how false the assumption of Turkey as a „safe country“ is. Refugees in Turkey face long imprisonment in so called „removal-centers“ without access to a fair asylum procedure, legal support, medical care or decent living conditions. Instead of getting protection refugees are deported back to their homecountries, where most of them have to face war and persecution.

It is clear that the deal has to be stopped. Today we were fighting against this deal, against the suffering the EU-borders cause here on Lesvos and everywhere else in Europe and beyond. We will continue fighting here for freedom of movement, for open borders and for the right of everyone to live.